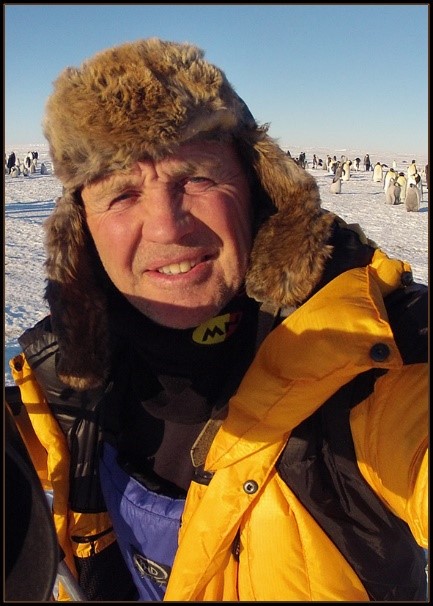 Doug spent seven years in Antarctica as a research diver, scientist and photographer for the British Antarctic Survey, before changing direction to full time filming in 1983.

Since then, he has become one of the world’s best known and respected cameramen. He specializes in natural history, expeditions and science documentaries in some of the wildest and most remote places on our planet, particularly the polar zones.

His photographic awards include eight Emmy’s and five BAFTA’s. He has twice won the underwater category in the Wildlife Photographer of the Year and has three Honorary Doctorates in recognition of his camerawork, as well as two Polar Medals.

He is an Honorary Fellow of the New York Explorer’s Club, the Royal Photographic Society and the Royal Scottish Geographical Society. In 2018 he was awarded the RSGS Mungo Park Medal for his outstanding contribution to geographical knowledge in hazardous environments.

Following publication of his book FREEZE FRAME in 2012, he has also had six highly successful tours of UK venues with his presentations Life Behind the Lens, In the Company of Giants and most recently Wild Images, Wild Life.

In the USA he lectured to appreciative audiences at Miami Zoo, University of Miami (Rosenstiel School of Marine and Atmospheric Science), Baltimore Aquarium, The Boston Sea Rovers and at the EG Conference.