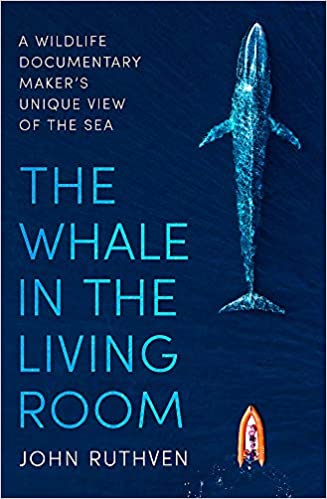 JOHN writes, produces and directs audience-engaging and award-winning shows for BBC, Discovery, National Geographic, PBS and many other well-known broadcasters.

In 2015 he received an Emmy for best environmental film in the USA, producing and directing Mysteries of the Coral canyon for PBS, exploring how the lives of coral reefs and sharks are intimately connected.

He recently produced the widely acclaimed Singapore Wild City, commissioned for the 50th anniversary of Singapore and narrated by Sir David Attenborough, a series that won “best Asian TV documentary”, 2016, as well as making a film on the uninhabited islands of the British Indian Ocean Territory in the same year.

Trained in the BBC Science Unit and writing scripts on everything from vitamin deficiency to moon rock, John has great experience in communicating popular science ideas. The only producer to work on both the first and second Blue Planet series – he devised and wrote the film containing the now famous sequences on plastic ducks and the sad story of a dead pilot whale calf, likely poisoned by toxic plastic residues, and held tenderly in the mouth of its mother days after its death, which aired to over 14 million viewers in the UK, irreversibly changing the public perception of plastic pollution. He has made over fifty shows on marine life, science and history. His work ranges from directing actors inside a WW2 U-boat, reconstructing the Enigma code machine protocols, to devising optical illusion experiments, or following venomous snakes throughout Asia.

He has worked across media platforms from broadcast blue chip natural history, to drama, and presenter led science shows for TV and the web. His writing work includes commissioned stories for the producer of Lord of the Rings, Barry Osborne, background stories for a prestigious international exhibition at the London Natural History Museum, writing for ‘Dive Magazine’, ‘BBC Wildlife’ and ‘Brighthub’ as well as devising a BBC book on the origin of houseplants called ‘Potted Histories’. John curates a YouTube Channel on deep sea creatures with over a million views and has a wide range of social media connections.

The Whale in the Living Room

THE Whale in the Living Room follows the thrilling adventures of award-winning wildlife documentary ...