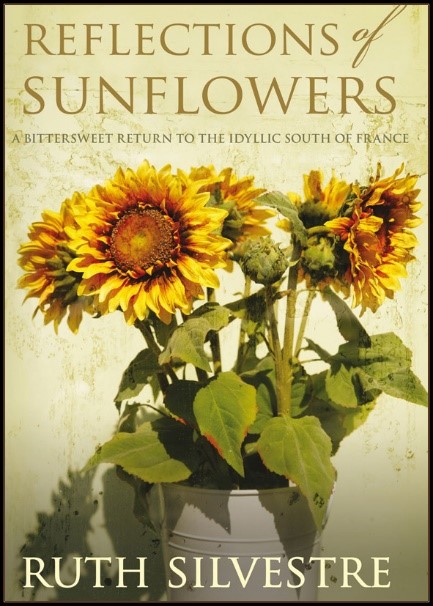 Actress, Singer, Writer. Born and brought up in Basingstoke, she originally trained as a teacher at Goldsmiths College but quickly decided against a life in academia, and left to become a chorus girl in the London production of Kismet! Leading roles in West End musicals – Man of La Mancha and Flower Drum Song – followed. As well carving out a successful career as a concert and cabaret performer.

Married to the children’s author and illustrator, the late Michael Grater, she has two sons, Adam and Matthew.

In 1976 Ruth and her husband bought and restored a derelict farmhouse in SW France. Her experiences are evocatively recaptured in the critically acclaimed A HOUSE IN THE SUNFLOWERS and HARVEST OF SUNFLOWERS (both published by Allison & Busby).

The third part of the trilogy, REFLECTIONS OF SUNFLOWERS, was published in August 2004. Estonian rights sold in A House in the Sunflowers and translation rights in all three titles available via RCL.

A further memoir, BEFORE THE SUNFLOWERS was published by Endeavour Press (now Lume Books), Summer 2016.

Ruth has also written four books for children, all of which were published by Scholastic.

She enjoys giving illustrated talks about her French home and her interests include music, history, dance and travel.