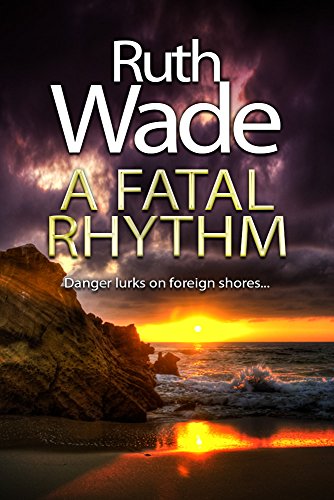 A novelist and creative writing lecturer. Combining her love of researching the lives of ordinary people in extraordinary times and her life-long fascination with society between the two world wars, her books explore individual dilemmas in an historically accurate milieu of the 1920s.

Writing as B.K. Duncan, her first novel, FOUL TRADE, was published by Oak Tree Press and was shortlisted for The People’s Book Award 2016. This is the first in a series of crime novels set in London’s East End and featuring May Louise Keeps, Officer to the Poplar Coroner. Rights to this reverted earlier this year and the novel will be reissued in December 2017, alongside its follow-up FOUND DROWNED in February 2018 by Bloodhound Books.

Writing as Ruth Wade her novels, A FATAL RHYTHM and DANCING WITH DEATH were released as eBooks by Endeavour Press but rights have now reverted. She went on to complete the psychological novel, WALLS OF SILENCE which has just been published by Bloodhound Books. Her writing credits include: contributing articles to Living Spain magazine, collaborating with Cambridge Arts Theatre on a writers’ mentoring programme, writing book reviews and articles for Mystery Women magazine, being commissioned by Working Partners Ltd to write a psychological crime novel.

Ruth’s proudest moments have been when she went pot holing in the Pennines (despite her fear of cold, dark, water), and learning to ride a motorbike at the age of forty. Not far behind is the achievement of weeding around every one of the 1,500 vines in her vineyard clinging to the slopes of the Sierra Nevada Mountains in Spain. And her greatest claim to fame – so far – was having the good fortune to be born on Sheffield Park station in East Sussex, in the railway house that is now the headquarters of the Bluebell Steam Railway.

When not engaged in all of the above, Ruth is primarily occupied with the unceasing demands of living in an old cottage – shinning up scaffolding to re-point the flint walls, chopping logs and heaving coal, and wrestling with a third of an acre of brambles. But, somehow, she always finds the time to laugh with friends.