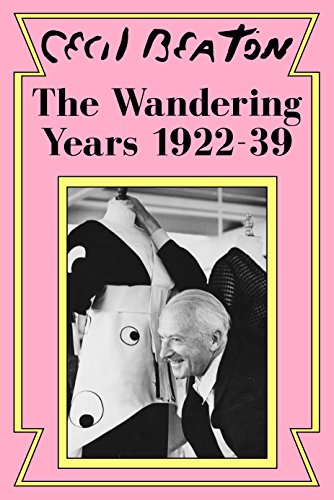 “Be daring, be different, be impractical, be anything that will assert integrity of purpose and imaginative vision against (…) the creatures of the commonplace.”

Photographer, set and costume designer, illustrator, diarist, author and artist, Cecil Beaton, was a man of many parts.

Born in Hampstead in 1904 to an affluent, Edwardian family, he was a total self-creation, escaping from the more mundane world of his parents into the heart of the 1920s Bright Young Things. An aesthete with an extraordinary sense of style and taste, his desire for fantasy, beauty and fame, would propel him into the upper echelons of British society, Hollywood and beyond.

A chronicler of the golden age of fashion for Vogue and Vanity Fair, there are few distinguished figures from the 20th century who have escaped his lens. The Royal Family, Garbo, Dietrich, Picasso, Chanel, The Rolling Stones, Diaghilev, Camus, Marilyn Monroe and Grace Kelly to name but few. He was also a renowned War Photographer and in 2012 The Imperial War Museum held an acclaimed exhibition of his Wartime Photographs, with accompanying book published by Jonathan Cape entitled, Cecil Beaton – The Theatre Of War.

His volumes of diaries were originally published by Weidenfeld & Nicolson and later editions introduced by Hugo Vickers, Sir Cecil’s Literary Executor, The Unexpurgated Beaton and Beaton In The Sixties were published in 2002 and 2003 respectively.

The centenary of Cecil Beaton’s birth was marked in January 2004 with a commemorative exhibition held at the National Portrait Gallery and another at Sotheby, each representing exquisite examples of Beaton’s stature as a photographer. RCL is responsible to Sir Cecil’s Literary Executors for his published literary archive. Translation rights in The Unexpurgated Beaton and Beaton In The Sixties available from RCL.

Beaudesert are producing Fabrics and Wallpaper with Cecil Beaton designs.

Rizzoli USA (who published The Glass Of Fashion in September 2014) have also been granted an option to contract for Cecil Beaton’s New York.

A beautiful, new volume with comment from Hugo Vickers is published by Frances Lincoln, who acquired world rights. Its title, Portraits And Profiles.

Love Cecil – a documentary film featuring the life and work of Sir Cecil, conceived and produced by Lisa Immordino Vreeland – A Dandy Production LLC – has been received to great acclaim.

Finally, we are delighted that Sapere has commenced the digital reissue of his diaries spanning from 1922-74. Cecil’s eyewitness experiences give a frank and unique insight into a tumultuous period of English history.