With signs of spring burgeoning everywhere, we thought it was time we let everyone know what has been going on over these past few months and share our fabulous new titles with you. 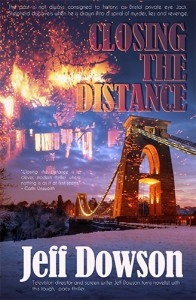 First up is the debut novel from screenwriter, Jeff Dowson. CLOSING THE DISTANCE is a Bristol-set PI story featuring ex-policeman Jack Shepherd.

A tale which cleverly weaves together seemingly disparate strands stretching from Kosovo, through rural Suffolk, into the Forest of Dean, and back to Shepherd’s doorstep – proving that contemporary criminality really is a game without frontiers.

Available in paperback and ebook. 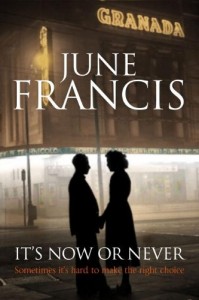 If you are seeking inspiration for Easter, then how about the latest novel from June Francis, IT’S NOW OR NEVER. Dorothy Wilson is a successful actress, offered her first part in a major film. But accepting the role would mean being parted from her boyfriend, Sam, who only wants for them to marry and start a family. Should Dorothy stay in Liverpool and give up her long held dreams of stardom?

Meanwhile, Lynne Donegan, having lost her childhood sweetheart in the war, is bringing up her daughter on her own, eking out a meagre living as a dressmaker. She too has dreams for the future but, like Dorothy, she is keeping secrets from those she cares about and her life is about to intertwine with that of the actress in ways neither woman could have expected and those long-held secrets are about to be exposed, changing their lives forever.
Publisher: Severn House 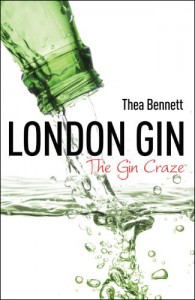 Or if your tastes run to non-fiction, then Thea Bennett’s history of LONDON GIN: THE GIN CRAZE would be the perfect gift.

A fascinating social history, packed with delicious detail and cocktail recipes too! 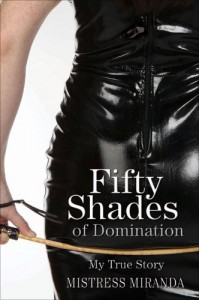 But what is the truth behind such a lifestyle choice and what happens if you have made it your career? 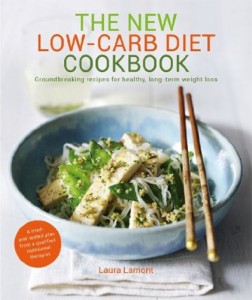 If you haven’t managed to shake off those extra Christmas pounds, then help is at hand with Laura Lamont’s THE NEW LOW-CARB DIET COOKBOOK. Here Laura, a qualified nutritional therapist who introduced us to the revolutionary “Zero Noodles”, brings a healthy new take on low-carb dieting. She explains how eating a nutritionally sound combination of controlled amounts of complex carbohydrates, protein and “good” fats (in foods such as avocados, salmon and flaxseed) at the right times of day can bring about healthy, long-lasting weight loss.

Now there’s no need to deprive yourself of any food group – and you don’t even have to give up bread! Working with clients at her weight-loss clinic, Laura discovered that including protein and healthy fats in every meal helps to boost metabolism, stabilize blood sugar levels and curb cravings, leading to effective weight loss that could see you shedding at least a kilo a week. The book includes information on the nutritional science behind the diet, as well as practical charts to help you identify which foods you should be eating, and meal plans.

There are more than 75 mouth-watering recipes for breakfasts, lunches, dinners – and even desserts! And each recipe comes with a nutritional analysis. Successfully tried and tested and drawing on the latest scientific research, The New Low-Carb Diet is the 21st-century way to eat well, lose weight and feel healthier than ever.

Cecil Beaton’s Ashcombe will be reissued by Dovecote Press to coincide with the Salisbury museum exhibition Cecil Beaton at Home. Ashcombe was derelict when Cecil Beaton first saw it in 1930, the surviving fragment of a once grand eighteenth century country house set amidst rolling downland on the Wiltshire/Dorset border. Yet Ashcombe is more than the affectionate story of a house, as a portrait of a now extinct way of life it remains an enduring classic.

Over the fifteen years that Cecil Beaton leased Ashcombe, he transformed it into a rural idyll, and few other memoirs of the period so vividly evoke the gilded flavour of the years leading up to the outbreak of the Second World War. Through Ashcombe’s doors flowed artists, film stars, writers, eccentrics, exiles – the rich, young and beautiful. Yet the house was also Cecil Beaton’s wartime refuge from his growing success as a photographer and the backdrop to a doomed affair.

Proud to have written one of these, in collaboration with one of my pupils who believes passionately in the representation of visual impairment in children's fiction. A small but mighty book in a fabulous series! https://twitter.com/OUPPrimary/status/1481951783744417793

🎉37 exciting NEW titles have been added to our existing series TreeTops Reflect! 🎉

Just one more sleep until #DragonStorm is officially out in the world! We can't wait for you all to meet Tomas and Ironskin as well as Cara and Silverthief. Find out more: https://bit.ly/3AnMnQq

Psst... surprise - We have a new author in the family - @BenCraib
His debut novel, Love Is The Answer is a powerful, raw and emotional YA story! It will be you in May!

All Publisher royalties will be donated to MIND charity.

Welcome to the family Ben!
SBx

As the deadline for primary #school admissions looms, why we are teaching #children the wrong lessons about what's important.
My piece as author of 'Taming the Tiger Parent: How to put your child's wellbeing first in a competitive world'. https://www.mailplus.co.uk/edition/comment/144231?utm_source=twitter&utm_medium=social&utm_campaign=shared_link via @mailplus

Psst... surprise - We have a new author in the family - @BenCraib
His debut novel, Love Is The Answer is a powerful, raw and emotional YA story! It will be you in May!

All Publisher royalties will be donated to MIND charity.

Welcome to the family Ben!
SBx